skip to main | skip to sidebar

You Can Ring My Bell: Suwon Fortress 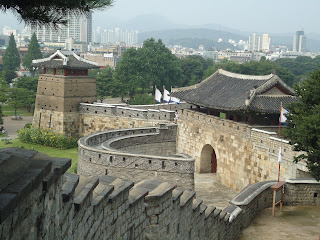 Trying to absorb as much of the history as possible in our last few days, B and I jumped on the subway and headed to Suwon. The Suwon Fortress, or Hwaseong Fortress, was built in the 18th century to honor the remains of a prince. The prince was ordered to commit suicide by his father, and when he didn't , his father locked him in a rice chest. How's that for a soap opera!

A large wall was built to surround the center of the city. Upon seeing the stairway leading up the wall, I wished I wasn't wearing skinny jeans and flip flops. The climb to the top of the path brought back "thigh master" pains and gave me a nice sweaty glow. 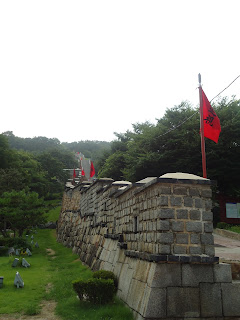 steps up to the top of the wall

There were quite a few people roaming the path and enjoying the hot day. I am always jealous at the way Korean's treasure their country. Most landmarks in other countries are filled with tourists and families relentlessly trying to get the winning picture for their Christmas card. In Korea, monuments and national treasures are as commonly visited as corner coffee shops. 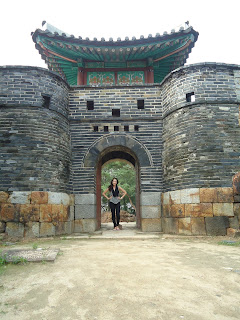 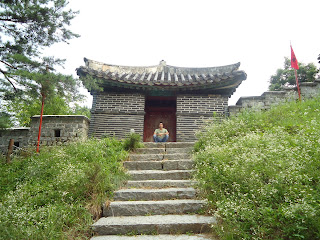 B taking a breather

Upon entering the park, there was a giant Korean style bell. Everytime I see one, I have the urge to step behind the "do not enter" gate, and give it a good whack. To my surprise, for a mere 1,000won (about 90cents), I could give it three good whacks. I couldn't hide my happiness! 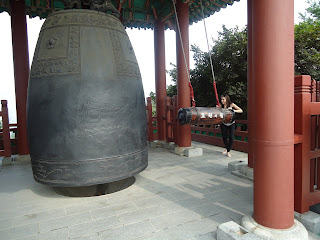 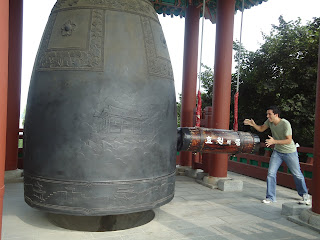 The wall surrounding the palace is about 3.5 miles long. There were various look outs and watch towers, all carved out of stone with beautifully painted doors. I'm really awestruck by old Korean paintings and architecture. I love the way they cut shapes into the doors and even though they are simple to pick open, the locks on every door were all uniquely inspiring. 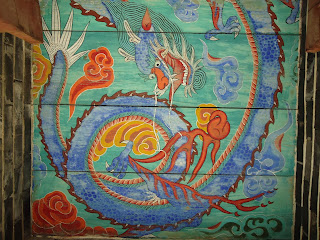 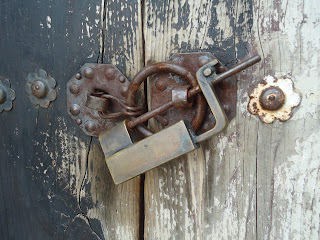 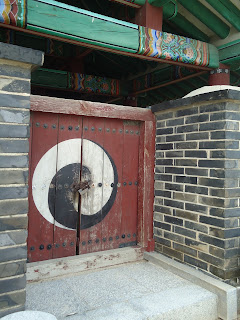 Walking along the wall of the fortress was a great way to take in the ever growing city. Amidst the mountains, apartment high rises and theaters stake their claim. I wonder how long it will be until condos and miniplex's take over this beautiful country. 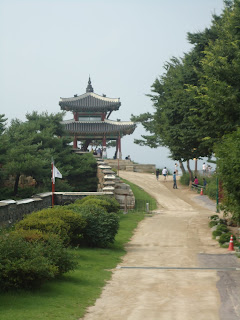 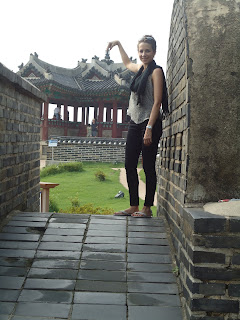 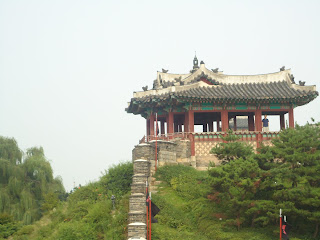 We got back to Seoul pretty late. Started the endless chore of packing my life into a suitcase. I'm no stranger to moving and actually enjoy it. Nothing like seeing your life in the bed of a pick up truck or coming down the belt of a baggage claim. Sometimes I wonder if I'll ever be able to pick a place and stay...

my life in a truck bed.. moving from downtown Chicago to hipsterville, Wicker Park 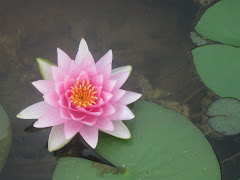 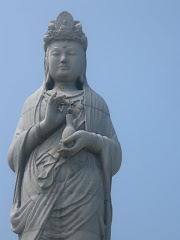 No one realizes how beautiful it is to travel until he comes home and rests his head on his old, familiar pillow. ~Lin Yutang 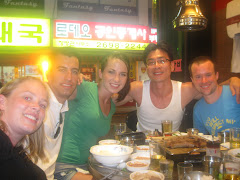 Cassie Jean
Mokdong, Seoul, South Korea
An American Girl with the travel bug. Read all about my SoKo adventures here~